‘Motivations for Movement’ is a quite large project; 114 minutes of interviews and movement-material on video, two summarizing texts and one essay. You might want to spend a view sessions with it, watching, listening and reading..
The project started as a research on the movement material of the choreographers Emio Greco and Pieter C. Scholten, yet the content of the work has become much broader. (I could also say that the movement material of Emio Greco and Pieter C. Scholten has a relevance which goes far beyond dance..) It deals with the fundamental need of humans – and animals – to move and express themselves. And as such with different levels of ‘thinking’; ‘the intelligence of the body’, conscious thought, and language..
The conversations with Victor and Sawami, brought me to make a comparison between the work of Emio Greco / PC and Peter Levine’s ideas on trauma and trauma-healing. Levine’s theory stresses the importance of the differences as well as the similarities between humans and animals. And discusses the functioning of different parts of the brain in relation to each other.

You can access ‘Motivations for Movement’ in different ways:

Part 1, 2 and 3 – chronological order: I started the work with interviewing Sawami and Victor about their childhoods and personal motivations to become dancers. From there I moved to their motivations to work with Emio Greco and Pieter C. Scholten. My hypothesis was that there would be a relation between Sawami’s en Victor’s personal motivations as dancers and ‘the essence’ of the movement material of the company. I believe that this project proofs that such a relation indeed exists.
If you watch the video’s from 1.1 till 2.11 you can follow this ‘story’. Part 1 is about the childhoods of Victor and Sawami and their personal motivations to become dancers. Part 2 reveals different aspects of the work of Emio Greco and Pieter C. Scholten in a way that is easy to follow, also if you are not familiar with dance-art. Part 3 exists out of two concluding texts, and Part 4 is an essay.

3.1, 3.2 Summaries of the conversations with Victor and Sawami: In 3.1 and 3.2 the stories and arguments of Victor and Sawami are summarized in texts. These texts include links to the video’s in part 1 and 2. So you can also start by reading these texts and from there select the video-fragments you are interested in.

4 A Comparison between the Movement Material of Emio Greco / PC and Some Principles of Peter Levine’s Theory of the Human Body and Trauma Healing: 4 is an extensive essay on the movement material of Emio Greco / PC in comparison to Peter Levine’s ideas on trauma and trauma-healing. It was written in 2016 and contains my final conclusions on the project ‘Motivations for Movements’. If you are interested in the subject of trauma and trauma-healing, or more in general in the need of humans – and animals – to move and express themselves, you can simply start by reading this essay. The text contains links to the video’s in part 1 and 2. 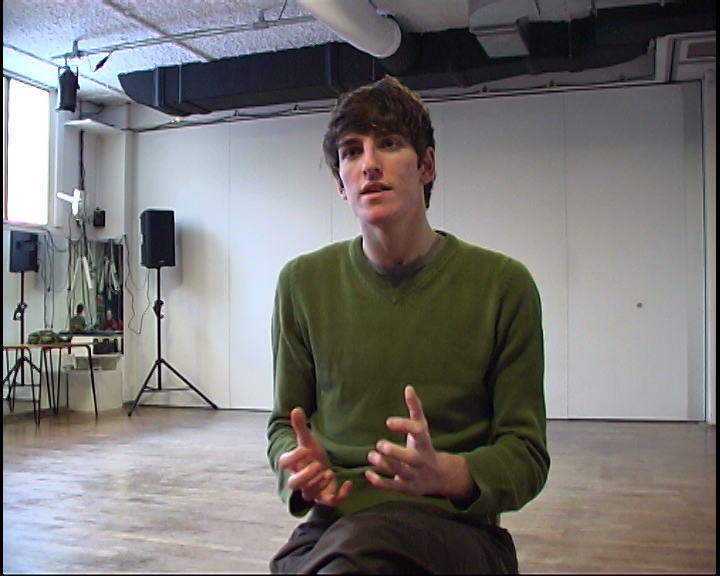 Movements while talking about dance: When I did the interviews with Victor and Sawami I asked them to sit on a chair in a studio. In answering my questions they could choose between speaking words or showing movement. I think this approach worked, but during the interviews, and especially while editing the video-material, I became more and more fascinated by something else: The movements (gestures, posture, breathing) of Victor and Sawami while they were talking about dance. For me it became a source of meaning in it self, and also an important subject in rethinking the relation between movement and conscious thought. Speaking has to do with the basic impulses to express oneself, as well as with conscious thought; language and rationality..
There is a focus on the movement aspect of talking in the way all the videos in part 1 and 2 are edited. The summarizing texts (3.1) (3.2) on the stories and thoughts of Victor and Sawami are interwoven with silent video material of their moving talking bodies.

Subjects: In the conversations with Victor and Sawami / part 1 and 2.